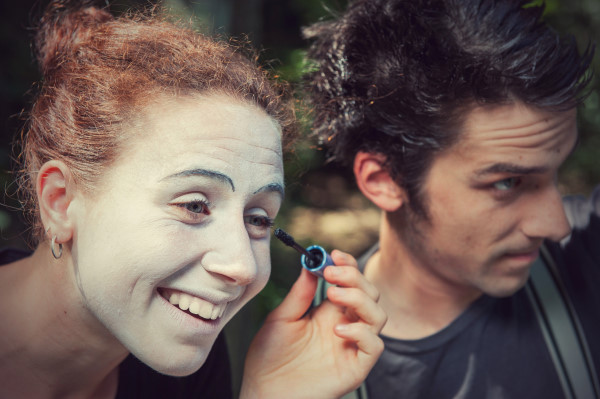 Who I am and how I became a clown 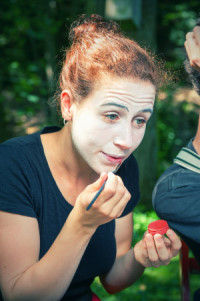 My name is Mira and I was born in 1992 in Berlin. After having met artists like Dimitri, Gardi Hutter, Baccala clowns, James Thieréé and Nicole et Martin, I decided in 2013 to become a clown. Therefore, I studied clown-acting at the School for Clowns (german: “Schule für Clowns”) from 2014 to 2016 in Hofheim am Taunus. Further, I absolved one year of Master Class (with Daniel Mathez) at Circus Waldoni in Darmstadt from summer 2016 on.

I want to be a clown, because I am deeply convinced of this authentic being. A clown carries all feelings within her-/himself and shows them inevitably. Most of all, a clown naturally likes to bring laughter to the world because it opens the hearts of everyone. Futher, laughter might be even healing.

Since July 2017, I am finally self-employed actress and clown. I also discovered my passion to pass on my knowledge and energy by giving workshops.

About me and why I became a clown 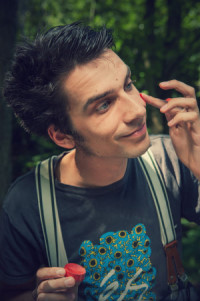 Moin! I am Nils and I was born on 27th June, 1990 in Cuxhaven, near the North Sea. All along juggling was one of my great passions: I was eager to expand and to deepen this passion. Through clownery, I found a way to become more artistic way above juggling.

In 2013, I began my three years long professional training as a clown-actor in Hofheim am Taunus. I learned to combine clownery with play, juggling, pantomime, music, comedy dell’arte, acrobatics and lots more. The symbiosis of all those skills and knowledge (to combine them) has become a unique way of career and life’s journey.

Since 2016, I work as a self-employed actor and clown. In this context, I played together with my partner at a range of Street Art Festivals and hold many different workshops for various groups of people. Furthermore, I was a lecturer for clownery at the School for Clowns (german: “Schule für Clowns”) in Hofheim am Taunus for two years. Passionatly, I try myself in directing works as often as possible.